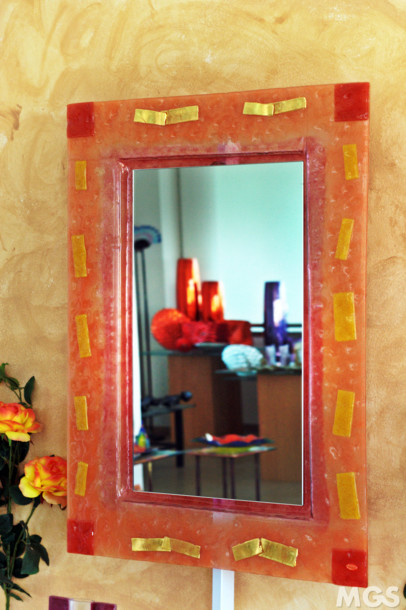 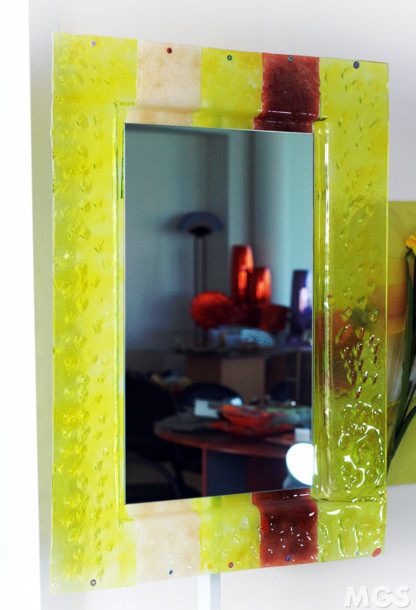 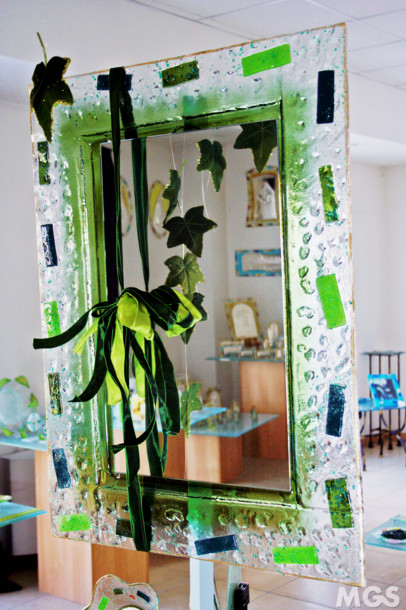 Modern mirror in crystal and green 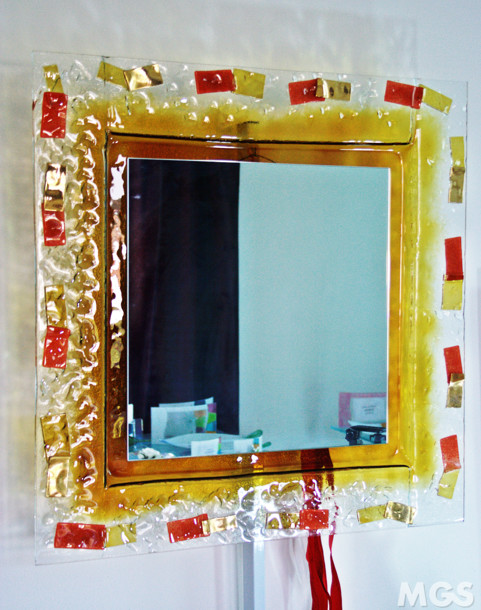 Modern mirror in crystal and amber 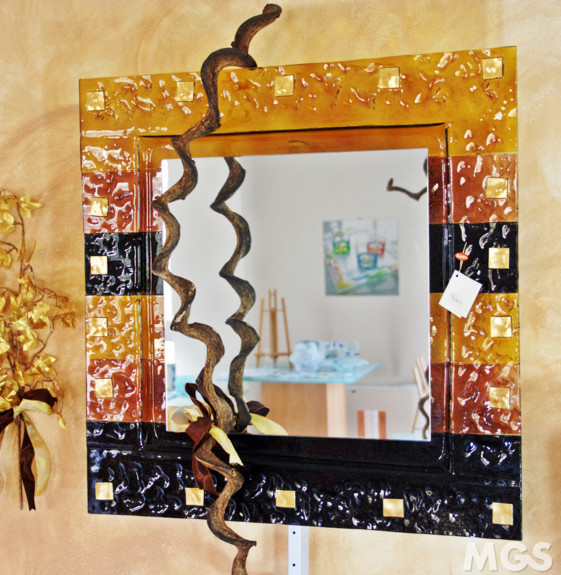 The stylistic evolution of mirrors does not undergo significant changes during the seventeenth and eighteenth centuries. The mirrors, both Venetian and French ones, are reproduced over the years with no meaningful modifications but, on the contrary, their typical historic traits are appreciated by the aesthetical conformism present in the middle class of the time.
Starting from the twentieth century, with the coming of new artistic poetics, a renewal in the art of mirror engraving is encouraged.
The most renowned examples of furniture pieces characterised by mirrors are evident between the 1920s and the 1040s: particularly, Art Déco (name derived as a synthesis of Paris International Exhibition held in 1925: Exposition International des Arts Décoratifs) which sets a new engraving poetics.
The eclectic style is different, depending on the Country and on the architect, but the common thread is represented by a remarked predilection for decorative styles with geometric roots and stylized figurative expressions. In some cases, the aesthetic influence derived from artistic avant-gardes such as Futurism, Neo- classicism, Modernism, or Cubism can be perceived.
Among the most well-known designers of engraved mirror art, Serge Roche, Pierre Dariel, Jacques-Émile Rhul- mann (in France) and Giò Ponti (in Italy) just to mention a few.